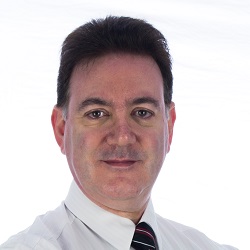 Steve Karandais is the General Manager of Keysight Technologies Australia, a role he has held for three years.  Prior to that appointment Steve was the national sales manager and defence sales manager for Keysight (then Agilent Technologies).  Steve has been with the company for 28 years, prior to which he was in the Royal Australian Air Force for six years.  Steve has extensive experience in RF and microwave applications and enjoys keeping in touch with changes in technology across the spectrum.